Joel and I have been to Swan Valley numerous times before (mainly for food and wine) but we never thought to explore Whiteman Park! While doing our itinerary planning, I wasn’t sure how I was going to fit all the activities available there in one visit. In the end, I had to choose just the Swan Valley Caversham Wildlife Park and forgo the rest. For info, Whiteman Park also has a Transport Revolution Museum, a Motor Museum, a Tractor Museum as well as train (Steam/ diesel) and tram (vintage electric) rides to bring you to different parts of Whiteman Park.

We started our day bright and early at the Caversham Wildlife Park and the kids were really excited for their first official attraction stop of the holiday. The wildlife park is divided into sections with different types of animals/ birds from different ‘regions’. The park was airy and had wide pathways to accommodate families with strollers, though sometimes you may have to go alittle off the beaten track (onto the grass patch/ on wooden chips/ soil/ hay) to take a closer look at the animals. 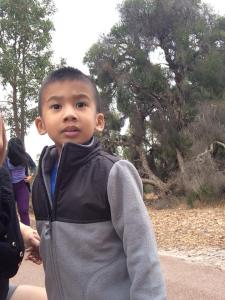 All ready for his first official attraction stop

One of the key attraction for many including Jah, was the Kangaroo enclosure where you will find kangaroos (tons of them!) freely hopping around. If you dare, you can also feed the kangaroos! But your courage will be tested because you actually have to venture amongst the kangaroos in order to reach the bin with food. No prizes for guessing where many of the kangaroos will also be congregating. The moment you grab a handful of food, they will all come at you for some yummys. To be honest, I was absolutely petrified!!! Jah was very brave and had no problems feeding the kangaroos or patting them. In fact it was probably mummy who was more worried that he would get attacked and kept trying to keep him away. Yes boo to mummy! I left the duty of ‘protecting and escorting’ Jah to retrieve food from the bin and feeding the kangaroos, to our nanny. Oh and one more thing to beware of, the poop on the ground. :p

One of the smaller kangaroos.. 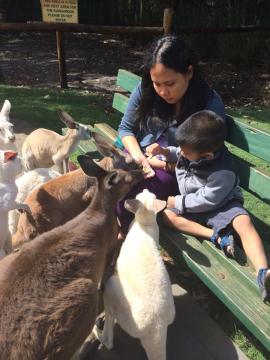 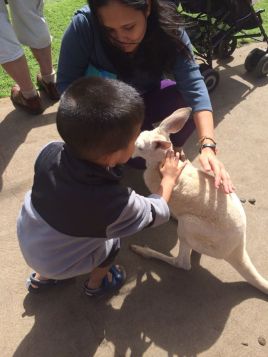 “Mummy, can I bring this kangaroo home?”

After our close encounter with the kangaroos, we were just in time for the Wombat and Friends Show. A more controlled environment for the kids to meet some animals so right up my alley! We watched a short performance of tricks by the animals and took some photos with the snake and the big fat wombat! Yes he was probably bigger than Jah and Bella put together! 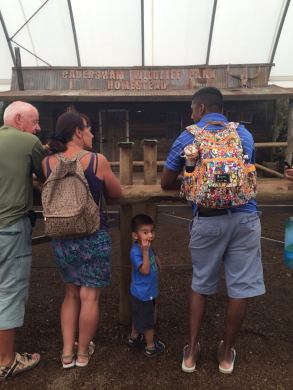 Waiting for the show to start 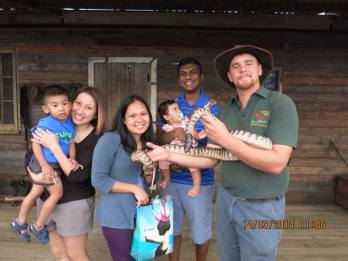 The children looked worried…rightly so I think 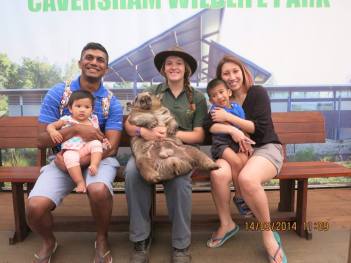 Next up, we walked into a farmhouse with sheeps, goats, pigs and turkeys just lying around or walking about. My heart was pounding really fast and it didn’t help that Jah wanted me to accompany him to see them upclose! I mean they look really upclose from where I am, we don’t need to go right up to their noses Jah! 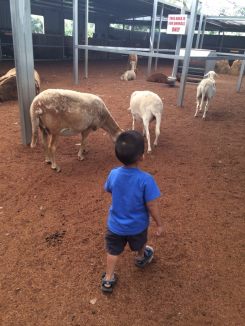 Walking around confidently in the farmhouse..:/

Thankfully I (we) made it out of there alive and so now we needed to reward mummy for being so brave. A vineyard lunch and some chocolates, thank you very much. We headed over to Sandalford Wines for some wine tasting, in fact the wine we tasted that day was so good that we purchased most of our trip’s stash from there. Totally in love with the Sweet Red and the Malbec we bought that day, we even came back for more, a few days later. JahBella enjoyed their first vineyard lunch; the weather was perfect and the food was absolutely yummy. They even had a kids menu which is always something we appreciate. 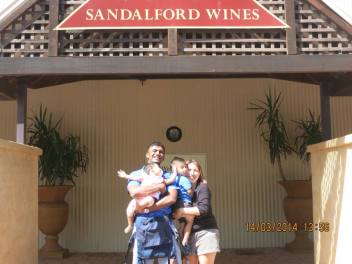 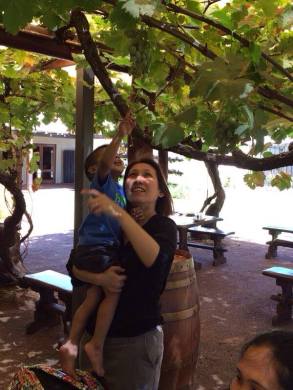 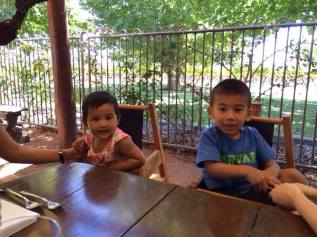 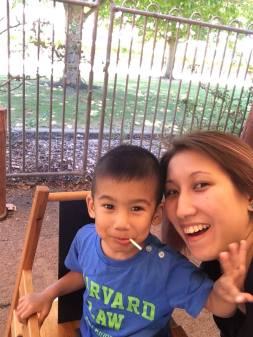 We kept up the ‘high’ by bringing the kids to the nearby Margaret River Chocolate Factory. We usually visit the one in Margaret River and since we couldn’t this time, we were glad that there was a Swan Valley branch to go to. Jah was entertained by the chocolate making in the window and Bella was entertained by her first taste of chocolate and such good quality chocolate too! Probably spoilt for life, she had a wide eyed crazy look and couldn’t stop eating it! Luckily Jah was able to run off his sugar high with Joel and two other super sugar high kids from the next table. :p 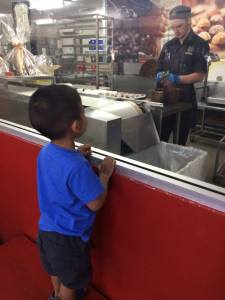 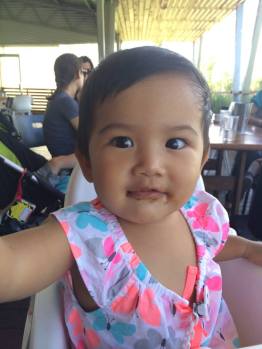 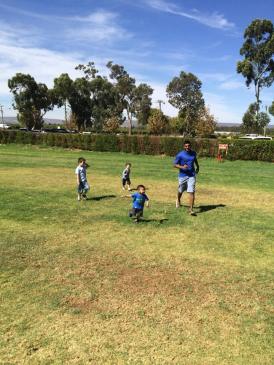 Running off his sugar high! 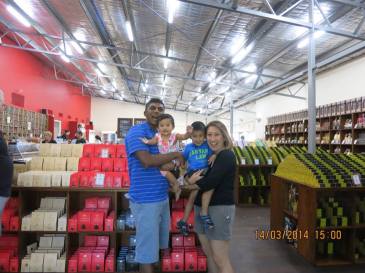 We only got Jah to his bed for a nap at 4pm and even then he was ok with it.

Next Up in the Perth series – The Maze….