Before I had Jah, I told myself that I would never allow my child to co-sleep with us and I suppose I almost ‘succeeded’. The closest Jah came to co-sleeping with us was in the first 2-3 months when I would place his portable cot right next to my bed. He was such a colicky baby with horrible reflux and I was often exhausted after putting him to bed that it was really just easier to leave him next to me. I wouldn’t have been able to sleep well if I had to constantly wonder if he was spitting up in his sleep. L However the moment his colic and reflux settled, we ‘shipped’ him off to his own room and cot and relied solely on an audio baby monitor to keep tabs on him. Apart from having to go into his room to sooth him back to sleep once or twice a night or to give him his feeds, it was all working out fine.

I can’t really pinpoint when it started happening but I think it started around the time that I was pregnant with Bella. Jah started needing me to sit with him in his room, with my arms around him while he attempted to go back to sleep. This was extremely straining and tiring for me and I soon learnt that the easiest way was to bring him over to my bed and just hug him to sleep while I dozed off as well.

This was how our new arrangement started, some 2 years ago or so….with me putting Jah to bed in his own room at 9pm and him proceeding to wake up anytime between 11pm to 5am. He would sit in bed and call for me or walk over to my room on his own (if he is conscious enough) and everyone would continue to have their good night’s sleep.

At some point last year, Joel jokingly asked me what if Jah was still in our bed in Primary school…haha I know that’s a pretty scary thought! However I think deep down we both do know that as much as this co-sleeping sometimes feels alittle annoying and uncomfortable especially when he takes up 2/3 of our bed (yes a 3 year old can take up 2/3 of the bed!) We both also realize that this is not going to last forever. 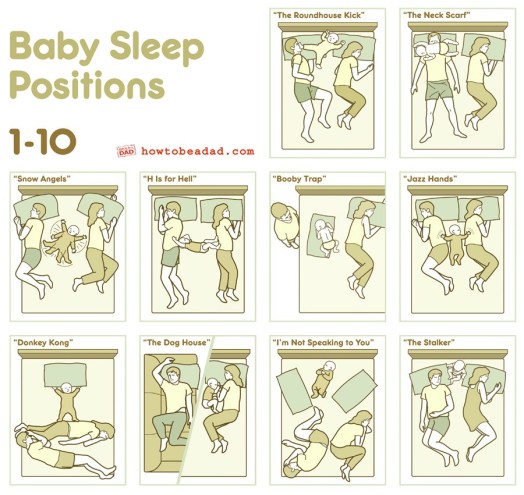 I really can’t blame the little boy for coming to my bed every night because as strange as it is…we need him as much as he needs us. This co-sleeping thing has become as much of a habit for him as it has for us.  In fact Joel confessed a few nights ago that he finds it hard to fall asleep when Jah isn’t there…oh my goodness! Me too! 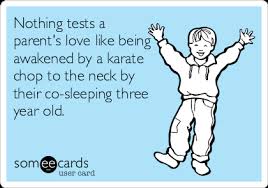 So if you ask me now, is co-sleeping with your baby/ child unhealthy? Ermm yes I suppose so since both parents have also become dependent on it  :p But would I choose to do it again, now that I know of the ‘outcome’. Yes most definitely! Nothing beats being able to watch my child snooze and hug the little sleeping monkey to sleep! Nothing beats waking up to his good mornings, bright smile and crazy singing (unless its 6am of course). I’ll do it again and I’ll keep doing it now because I know these moments won’t last forever and I am going to enjoy it while I can now…:)

2 thoughts on “Why I started Co-Sleeping (Even when I said I wouldn’t!)”