We finally took our long waited holiday (planned almost a year in advance) to Tokyo with Jah and Bella. It was a holiday which we were very much looking forward to but at the same time really nervous about. After all it would be the first time we would be travelling as a family of 4 (with no help), travelling to a city we have never been to before (all our previous trips were to familiar places), taking our longest flight yet (8 hours compared to the previous 5 hours to Perth) and having the two kids nap and sleep in the same room for 11 days (we have never ever succeeded in having them nap in the same room EVER!!!!) Yes so alittle nervous would be an understatement..I wonder what ever propelled me to even attempt it. 😛

So of course the first hurdle to cross would be enduring that 8 hour flight with 2 kids.! Honestly I wasn’t really worried about dealing with Jah, he is getting pretty good with this whole airplane thing and I was even contemplating doing without our CARES Harness for him. But Bella…oh Bella is a whole different deal…we don’t call her Miss Ants-in-her-pants for nothing.

Miss Ants-in-her-pants…thank goodness she was only annoying the people behind her…Jah and I!

Planning this trip a year in advance left us with a lot of time to second doubt our decisions. We went back and forth with our choice of airline as well as the aircraft configuration and flight timings. Yes lots of thought went into choosing the PERFECT flight and while I would say it definitely wasn’t perfect…we learnt quite abit from our choices.

We had a choice between Singapore Airlines (SQ), All Nippon Airways (ANA) and Japan Airlines (JL). We eventually chose ANA because we wanted to experience their Dreamliners (supposed quieter cabins, ambient lighting and supposed better cabin pressure), coupled with the fact that their aircraft configuration was 2-4-2 which allowed us to take 2 seats each by the window. That benefit was eventually non-existent because ANA changed their configuration to 3-3-3 (packing in 1 more seat into their Dreamliners :/) Which meant that there was a high chance that we would be seated next to a stranger on an 8 hour flight 😦

We were fortunate to snag a last row seat for Jah and I, which was a 2 seater and prayed very hard for Joel and Bella to have an empty seat next to them.

Jah and I had our last row 2 seater

3-3-3 Config..fortunately Bella and Joel had a free seat next to them on this flight..not so lucky on the way back!

So how did our flight on ANA go? Joel and I had pretty different takes on it. He was really impressed by the service on ANA. He felt that it was personal without being intrusive and that the cabin crew were very ‘sincere’ and understanding when it came to their little passengers. However the food left much to be desired and I would have to agree with that.

I was perhaps a little pickier than him and felt that the meal service was rather messy. I was pretty used to having the kids served first on planes so that the parents can feed them and then attend to themselves later when the kids are fed and happy to continue with their activity. However there was no such thing on ANA and we were all served at the same time. Seems like a small deal but trust me it makes a big difference to a mother trying to multi-task her kid, his food, her food, turbulence, the inflight entertainment system, blankets, pillows and seatbelts. :p That being said, the flight was relatively comfortable and all the complaints I read online about the seats being really uncomfortable because they were shell-scheme seats, well didn’t bother us. I have to say I love the ambient lighting and the fact that you can fade out the window (this meant Jah could still look out the window but we didn’t have to put up with the glare). The big spacious toilets with baby facilities were also fantastic and very well-equipped and comfortable for cleaning up the toddlers and even little kids. The window in the toilets also served as a distraction for them. :p

So what flight timing works for toddlers and little kids you ask? Well it really depends on your kids. I know of some people who swear by red eye flights so that they get in bright and early and don’t waste a day or have to cope with wide awake kids on the flight.

We tried both types (the full day flight and the red eye flight) on this trip, for reasons that we thought were perfect. The full day flight got us into Tokyo at 7pm, in time for a nice shower and a good night’s rest before we start the day fresh. I can tell you now that the choice of a full day flight at the start of our holiday was the right one for us! We departed Singapore at 10am which meant we only had to deal with the kids for about 2 to 3 hours before they were due for their nap. We were very fortunate that they napped! Both of them! (I have a distant memory of my kids going mad on their Perth flight because they refused to nap and were high and over-stimulated from the lack of sleep..oh that distant memory….)

2nd kid napping!! This was after I successfully transferred her from my carrier to the plane seat..

They finally woke at about 4 to 5pm (yes they slept for 3 hours!!!! I couldn’t believe it myself!!) and this meant we only had to deal with them for another 2 hours before it was time to land! So yes awesome flight choice!

Remember to bring lots of activities to keep them occupied!

We contemplated having a full day flight for our return flight but that would mean being at the airport by 9am. Perfectly do-able if we were coming from home but just too stressful a task coming off a holiday so we decided to take the red-eye flight. This gave us a full day in Tokyo with enough time for a good dinner and kids who are showered and ready for ‘bed’ on the flight. Perfect in theory for us but not so perfect in execution. We definitely appreciated the full day in Tokyo but because our flight only departed at midnight. The kids had to be up and about in the airport till that time. Bella fell asleep in her carrier from 10pm to 12 midnight and then was wide awake once we were onboard the flight. OMG! I was fortunate that at least 1 child slept (Jah slept from 1230am to 5am) and only woke because the lights came on for breakfast. We struggled with Bella and only got her to sleep momentarily. The upside to having the red eye on the return is the fact that at least we were on homeground, with two zombie-fied parents dealing with a cranky toddler and a super re-charged kid.

If you asked us whether we would attempt such a trip again? The answer would be yes yes yes!!! The frustrations and crankiness all become a distant memory soon enough and you know what they say..what doesn’t break you, only makes you stronger! We will probably just avoid any red eye flight options for now. :p

Stay Tuned for more posts on what we did on our Tokyo Trip with JahBella! 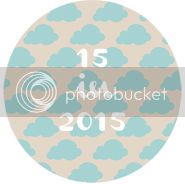