As some of you might know, we recently went on an 11 day family holiday to Tokyo, our longest flight yet with 2 kids and the first time we have gone on a holiday without any help. So how did we survive 4 hot summer days in Tokyo Disneyland and Tokyo Disneysea with 2 young kids? Here are some things which we learnt during our 4-day Disney adventure and we hope these tips will come in handy to those of you who are heading there soon or are thinking of doing so. 🙂 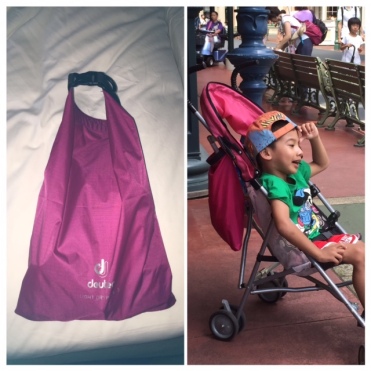 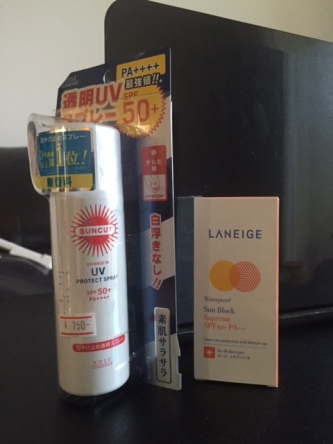 The 2 products that saved us from massive sunburn 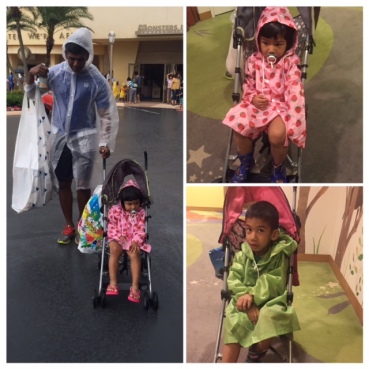 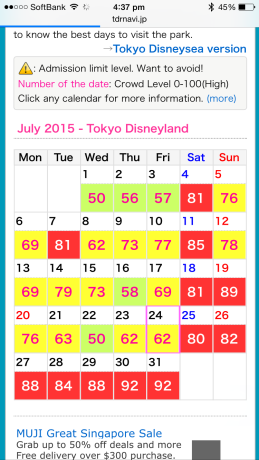 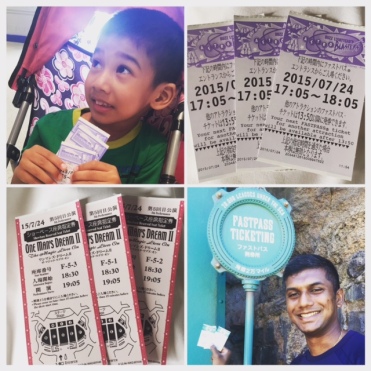 The kids set at the Blue Bayou was pre cut into nice bite sized pieces!!! I didn’t have to waste time cutting them up for the kids! 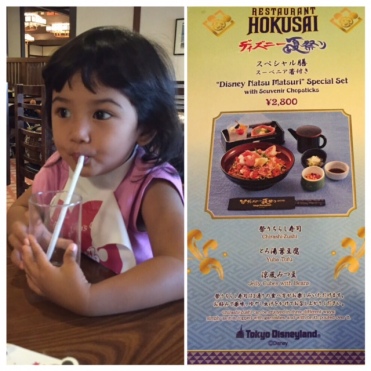 Always a queue at Hokusai! There was a 30 mins even at 6pm 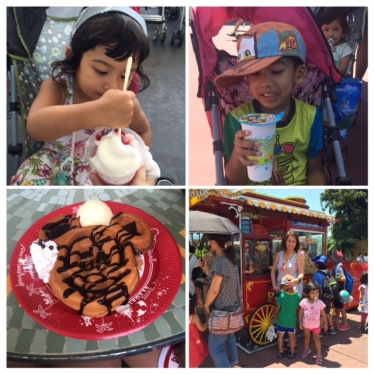 Well at least 1 kid was happy..Bella was just petrified 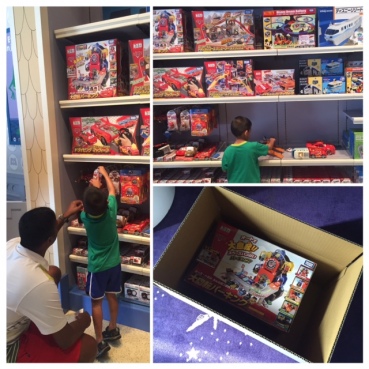 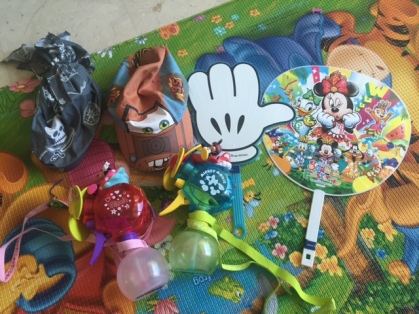 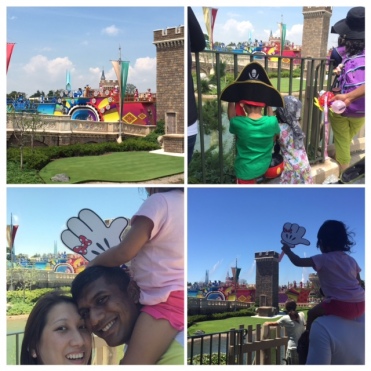 Side view of the performance happening in front of the castle 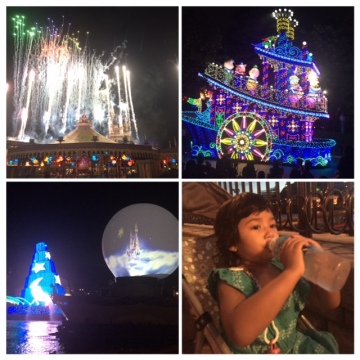 And for those who are wondering how many days you would need to cover both Disney park with young kids. A 2 day pass is probably enough if you don’t need to factor naps back in the hotel and you intend to cover 1 park a day. If you want to move at a more leisurely pace then a 3 day pass will allow you to do so and still head back for afternoon naps (if you stay at one of the Disney Hotels or the nearby Disney Official hotels).  A 4 day pass is very relaxed and you get to do rides over and over again and catch most shows :). You will also get to choose which park you want to go to on the 3rd and 4th day and in fact can go both on the same day. Don’t worry you will always find something to do and if all else fails, just do some Disney shopping. Actually I highly recommend you do so…you will get sucked into all the Disney shopping so just embrace it. 😉

I hope these tips were helpful and that you enjoy Tokyo Disney as much as we did!