The weather has been very unforgiving in recent weeks and there are only that many water play trips we can make before the kids threaten to catch a cold or get totally bored of it. So we decided to make our way all across the island to Jurong where you will find Kidsstop within the grounds of the Science Centre.

For those who are familiar with Kidzania, I would say KidsStop is a little like Kidzania but probably in a slightly less structured set-up. Kids get exposed to various occupations such s builder, doctor, pilot, archaeologist, chef etc and they get to play and explore these occupations with some lessons in science throw in. 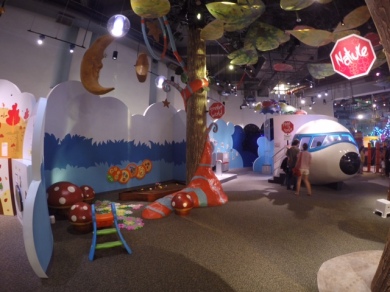 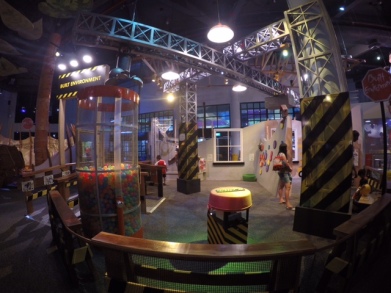 We weren’t sure if Jah would take to the place or be totally lost and we were even more unsure or actually had no expectations when it came to whether Bella might enjoy the place. But both kids were absolutely blown away. They were very happy with all the larger than life structures and we’re happy to roam about and move from ‘station’ to ‘station’. 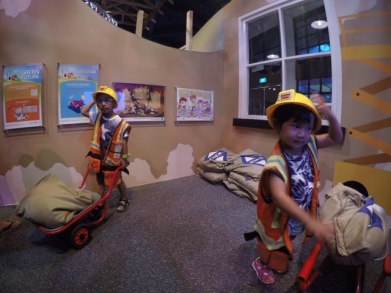 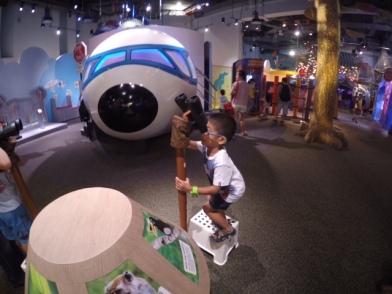 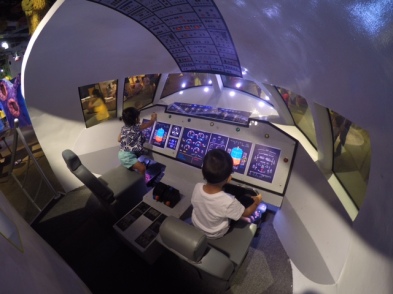 Our pilots for this flight 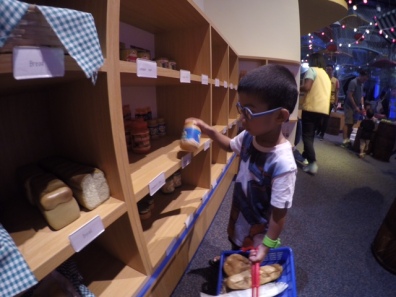 Doing some grocery shopping on his own

Dealing with the check-out process

Time for our little chefs to do some cooking

How many teddy bears do I weigh?

Trying their hands at being surgeons (no pun intended)

Reinforcing what we learnt at the dentist

Kidsstop sessions are split into a morning and afternoon session. We were there for the morning session which lasted from 10am to 130pm. We figured they would last till about 1130 or so before we would grab lunch somewhere. While they did last till 1130am before we dragged them out to grab lunch, Jah and Bella also requested for an encore session after lunch before we finally had to drag them home with promises of another trip soon. 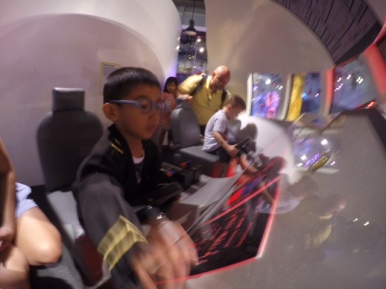 Meimei you can sit here and be my co-pilot 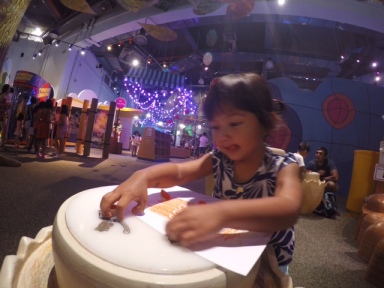 Thankfully food is available just outside the entrance of Kidsstop which meant that the adults did not have to put up with another Macdonalds meal and the kids didn’t have to deal with a car ride to the nearby malls. Food at the Kids Cafe was pretty decent, given that the mains were coming from the Chinese restaurant next door. Yet it offered a child friendly environment which made it less daunting for parents with hungry and tired kids. :p

So if you are looking for a place to beat the heat but yet you don’t want to be crawling around an indoor playground then Kidsstop might be worth a drive to. Especially so after they lowered their admission price which makes it a lot more affordable for big families or for return visitors. Do remember to bring your IC though as there are different rates for Singaporeans and Foreign visitors.
Jah woke up from his nap that evening and the first thing he asked was “mummy can we go to Kidsstop again? It’s so fun, I really like it!” 🙂 so yes I guess we will be going back soon..
JahBella’s Mummy