By now we were already half way through our 10 day Perth trip however today would be a day that I had started planning for, for more than 3 months ago. We were going for an outdoor family photoshoot at Trigg Beach!

We did a studio photo shoot in Singapore when Jah turned 11 months and since Bella would be 10 months on this trip, I figured why not have a family photo shoot done then. Firstly, we would have an endless choice of awesome scenery and fantastic natural backdrops. Secondly, we wouldn’t have to endure the hot and humid Singapore weather just to get something outside the studio. And so I started searching for a Perth family photographer, ploying through tons of photographer portfolios and packages to see what would suit us. It wasn’t easy given that we only required hi-res soft copies to bring home with us and most packages came with albums and large prints etc.  We finally found Rachael Turner photography! We loved her portfolio and she was also accommodating and understood our need to only have hi-res soft copies.  We communicated back and forth via email to narrow down the photo shoot location. Her portfolio didn’t make it easy for me to come to a decision, in fact I changed my mind at the last minute when I saw one of her works at Trigg Beach. She also gave us advice on what colours we should/ shouldn’t wear based on our skin tones etc.

Rachael (the photographer) was really good and patient with the kids especially Jah, who was having some strange ‘meltdown’ that morning and only wanted to cling onto me. Rachael managed to work with that and came up with some pretty sweet photos. Jah recovered soon after when Joel bought him some fries from a nearby restaurant (it happened to be Kaili’s!!!) and he was also a lot happier once we got to the beach for the second half of our shoot. Trigg Beach was the perfect location for us to have a bit of greenery in our shoot but also have wonderful oceans shots that I absolutely adore! 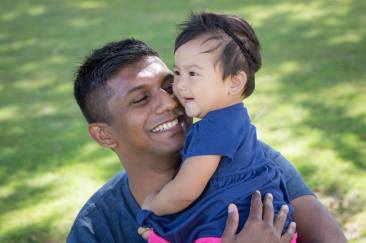 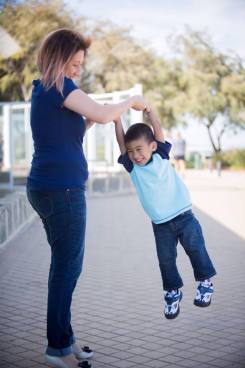 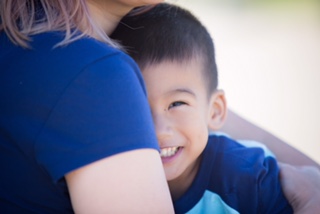 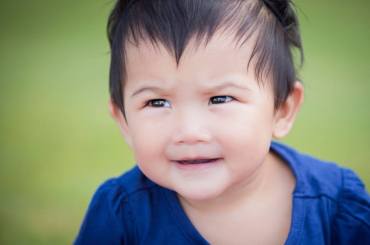 The beach was huge and there was tons of space for Jah to run about in. That also meant that Rachael had to have boundless energy to run ahead of the little monkey in order to get a good shot of him. Our photo shoot took about an hour and it was good fun! Rather than a frozen smile at the end of a studio shoot, we thoroughly enjoyed ourselves and were still smiling ear to ear at the end of it 🙂 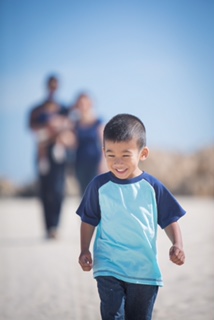 The photos were ready a few days later (after some editing work) and we collected it from Rachael’s house a day before our flight.

Tip: If you are intending to do a photo shoot on your holiday, ensure that you schedule enough time between the shoot and your departure (remember to check with the photographer how long he/she might need for editing).